This team of four won the Ontario Masters Curling Championship on February 1, 1996 in Huntsville. They were the first and only team, representing the Elmvale Curling Club, to win a provincial championship.

The foursome defeated Huntsville in the Zone final, defeated Galt in the finals at the Regional playoffs.  The team travelled to Huntsville for the provincial championships.

The Elmvale rink, after three games, qualified for the finals when skip Dorrie Fiegehen made a draw to the button to receive a bye to the finals.

In the final, the ladies led by three points without last rock advantage.  When all rocks had been thrown, the team won the championship by a mere fraction of an inch in a measurement. 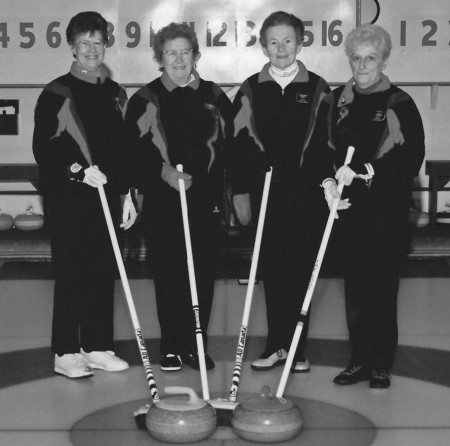