In 1982, the hard work of the past five years paid off ...more narrative

Joan Player, Manager and President of the team, ...more anecdotes

The Angels have proved that a small town can compete ...more quotes

Special thank you to Jo-Anne McGinnis, Angela Kirton and Trish Campbell (Downey) for the compilation of material for the Induction information as well as the special Elmvale Angels section in the Heritage portion of the Springwater Sports Heritage website chronicling all years of the Elmvale Angels dynasty. 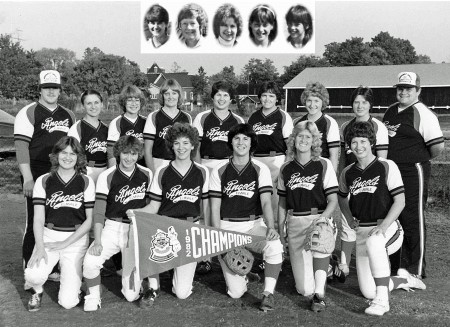