This Team is considered as one of the most talented and successful ball clubs to play in Elmvale. In 1964 they won four major annual Fastball Tournaments, defeated the Richmond Hill Dynes (World Champions in Manilla), won the Barrie and District Fastball League season and playoff trophies including eight All Star positions, and were OASA Southern Ontario Finalists.

The Elmvale Palace Hotel 1964 Fastball team was one of the best ...more narrative

Springwater Sports Heritage would like to express its appreciation for the contributions by Mike Townes, Jennifer Campbell and Dave Campbell 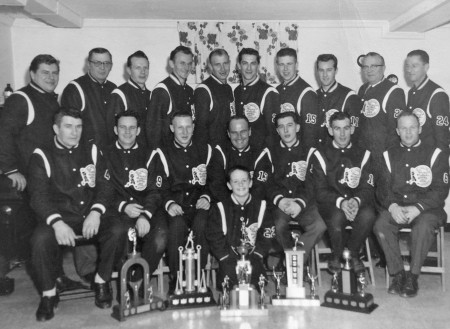